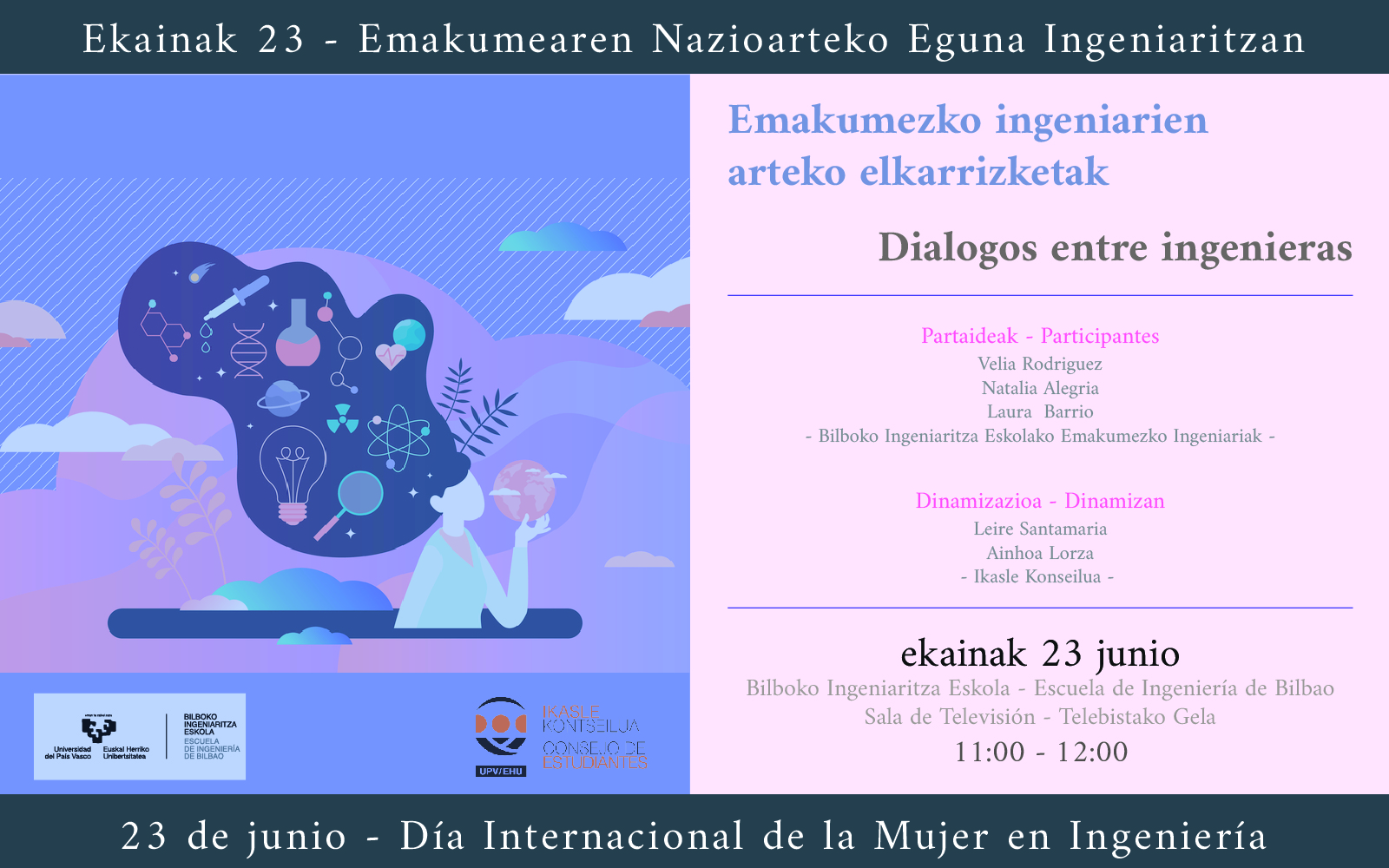 From the Equality Commission of the Faculty of Engineering in Bilbao, we would like to invite you to the event that we have organized for June 23 on the occasion of the International Day of Women in Engineering.

In 2014, the Women's Engineering Society (WES) made June 23 the International Day of Women in Engineering, with the aim of highlighting the role of women engineers in a sector that, like other STEM fields, has been traditionally dominated by men.

The WES is a professional academic society created in 1919 in the United Kingdom, after the end of the First World War. It was the first society to bring together women who performed engineering jobs to replace the men who were on the front lines of the war.

Later, at the end of the war, many women wanted to continue in the labor market, giving rise to the creation of this important Society aimed at training women, to occupy jobs in the field of engineering.

Also in our Faculty we have engineers who have lived through the different eras of our faculty and who have made engineering their way of life.

We believe that knowing their life stories, their trajectories and experiences and putting them in dialogue with students who are now studying these degrees can provide us with lessons to continue taking steps towards an engineering that is chosen equally by women and men.