This technique provides the content of carbon, hydrogen, nitrogen and sulphur which are present in a sample. The analytical method is based on the complete and instantaneous oxidation of the sample via combustion with oxygen at an approximate temperature of 1020° C. The combustion products are transported by the gas carrier to a chromatographic column where separation is carried out. A thermal conductivity detector provides the signal for each element which is then translated to a percentage content. 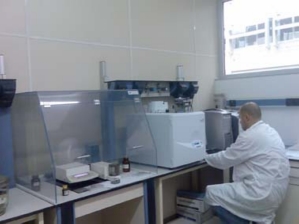 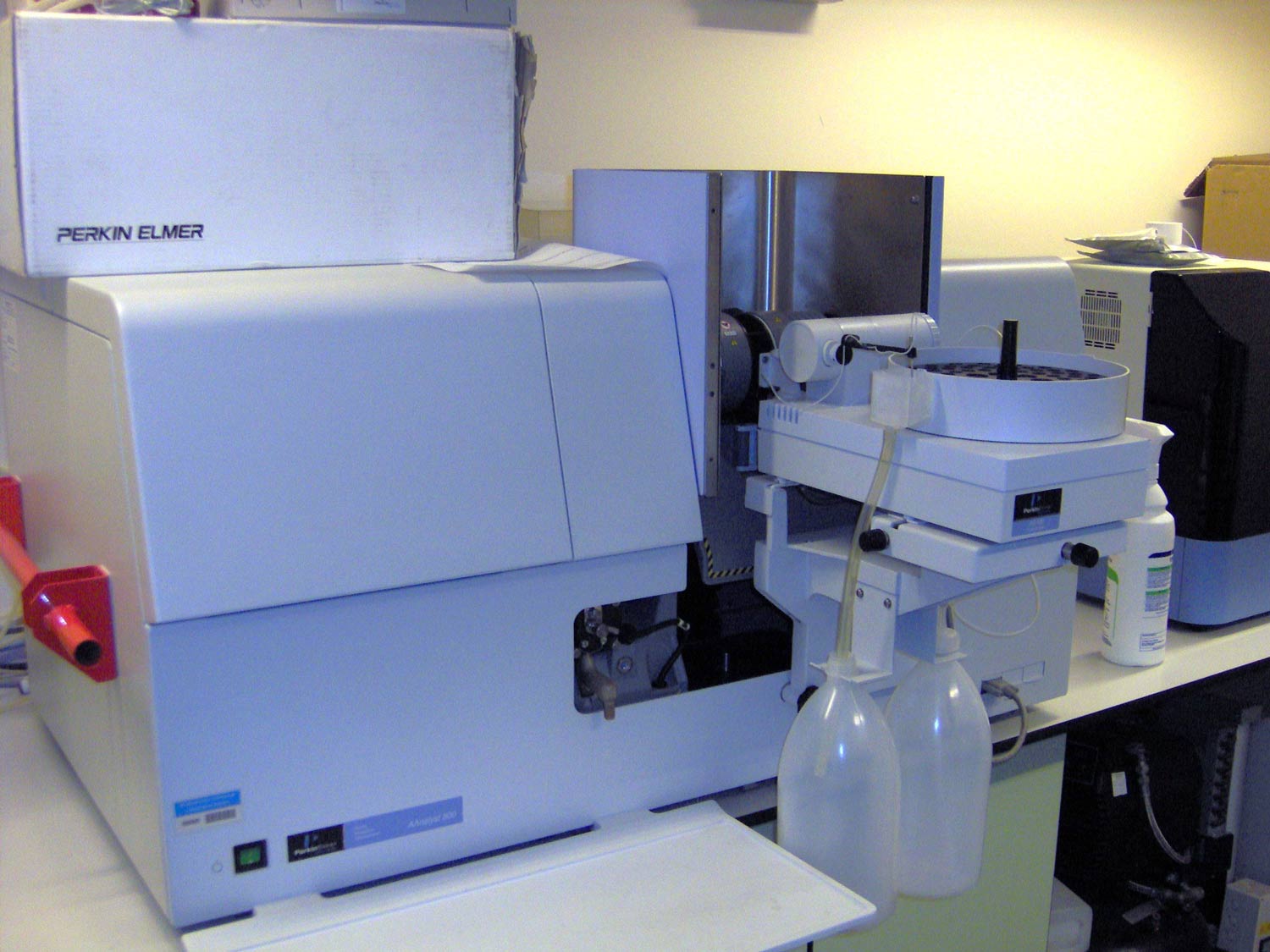 This equipment consists of a computer-controlled atomic absorption system which enables automated multi-elemental analysis to be carried out in a sequential way. Its control software (Winlab) makes it very versatile under numerous working conditions. This equipment enables other types of accessory to be incorporated such as automatic injection systems, diluters and injections systems, etc.

Some of these accessories are available in some other equipment which the Service has as its disposal. This instrument enables most elements to be determined elementally within a concentration interval of 0.05-10 mg.L-1, according to the element.

This atomic emission spectrometer (ICP-AES) is equipped with a glass and Teflon nebulizer system, which enables samples from acidic digestion to be determined using HF. This equipment also provides the option of coupling a hydride generation system which enables elements such as As, Hg and Sb,.etc. to be determined, in very low levels of concentration (ppb).

The equipment is controlled by a control computer with Activa Analyst 5.4 software, which enables it to interact with the equipment at all times.

It permits sequential multi-elemental analysis and also enables numerous analytical requirements to be met due to the large linear interval that characterizes this technique, which in turn facilitates the analysis of majority and minority elements. 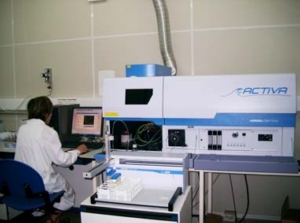 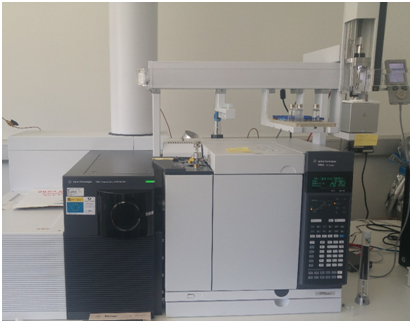 The equipment consists of a chromatograph coupled to a mass spectrometer with ion lens with ionization by electronic impact. The quadrupole makes it possible to analyse samples with molecular weight.

This equipment in turn possesses an automatic sampler (HP 6890 series) which permits the injection of up to 100 samples. 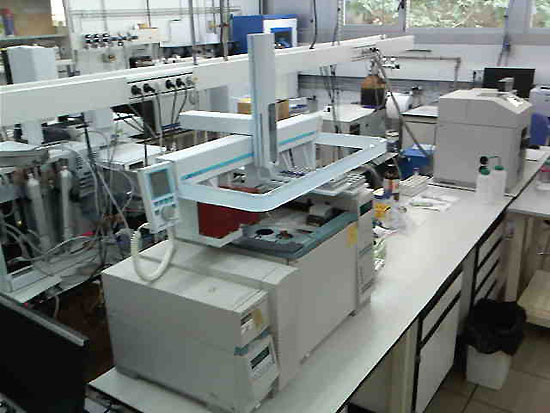 This equipment consists of a high-resolution chromatograph for the management and control of elluents and samples, together with a photodiode detector and a mass analyzer in tandem, triple-type quadrupole and ESI and APcI interfaces with "Z-spray" design. This enables work to be carried simultaneously both in positive and negative ion mode, as well as in several scanning modes (Full San, SIR, MRM, precursor ions, product ions, neutral losses, etc.) within a mass interval from 2 to 2000 u. 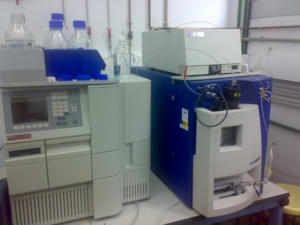 This capillary electrophoresis system is equipped with a photometric detector with fixed wave length, variable via filters, which enables it to detect from 185 and 254 nm. It possesses a carrousel with 20 positions for samples and electrolyte, hydrostatic injection mode, injection time and programmable analysis, separation voltage between 0-30kV, positive and negative power supplies and isomigration technique. It is coupled to a PC personal computer and controlled by Chemstation software (Agilent). 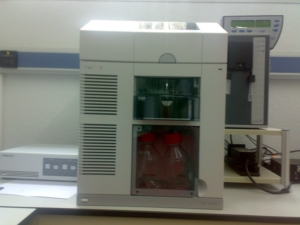 Desiccation technique for solutions, suspensions and animal or plant tissues that have been previously solidified by freezing, capable of removing around 6 litres of water in 24 hours. It enables lyophilization ramps to be programmed in addition to the monitoring of what occurs during lyophilization by computer. It also consists of lyophilization nozzles and three trays for lyophilization inside the chamber. 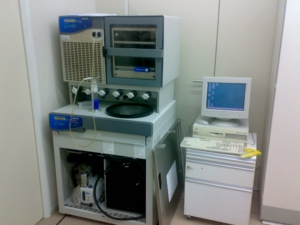 This equipment consists of an ultra-fast liquid chromatography (UPLC) coupled to a photodiode array detector (DAD) and a tandem mass spectrometer (QTOF) mass and high resolution accurate ionization with ESI sources, ESCI, APCI and MALDI. It is designed to provide high resolution of 40000 FWHM, mass accuracy around 1 ppm, high sensitivity and scan speed and versatility in the ways of scanning through the cell Triwave: MS, MSE, MS2, MS3.
It also has the following software:

This equipment is designed for researchers who are operating within the limits of conventional mass spectrometry capabilities and need to characterize and define their samples quickly in-depth at a qualitative and quantitative level.
Fields of application: food safety, clinical, metabolite identification, metabonomics, method development and structural elucidation of organic compounds. 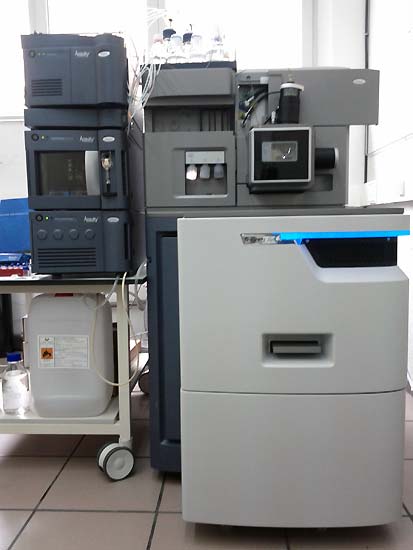 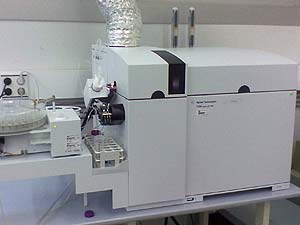 Mass spectrometry and inductively coupled plasma ICPMS is highly sensitive and able to determine almost all the elements in the periodic table with an ionization potential less than the ionization potential of argon at very low concentrations (nanogram / liter or parts per trillion , ppt). It is based on the coupling of a method for generating ions (inductively coupled plasma) and a method to separate and detect ions (Mass spectrometer).

The sample, in liquid form, is transported by a peristaltic pump to the nebulizer system which is converted into spray by the action of argon gas. This aerosol is led into the ionization zone consisting of a plasma generated by placing an argon gas flow to the action of an oscillating magnetic field induced by a high frequency current. The ions pass into the quadrupole filter through a growing gap interface, there they are separated according to load / mass. Each of the tuned mass reaches the detector which evaluates its abundance in the sample.

Stable isotopes are commonly used for light elements (hydrogen, carbon, nitrogen and oxygen), which are precisely the most abundant in the environment. These elements are characterized by the largest natural variations in isotope ratios (abundance ratio between heavy and light isotope) due to be suffering greater isotopic fractionation in a wide range of physical and chemical processes.

In many cases the accurate determination of these relationships opens the possibility of differentiating materials or compounds that are chemically indistinguishable.

The most common type of samples in the laboratory and its main applications can be summarized in the following fields: 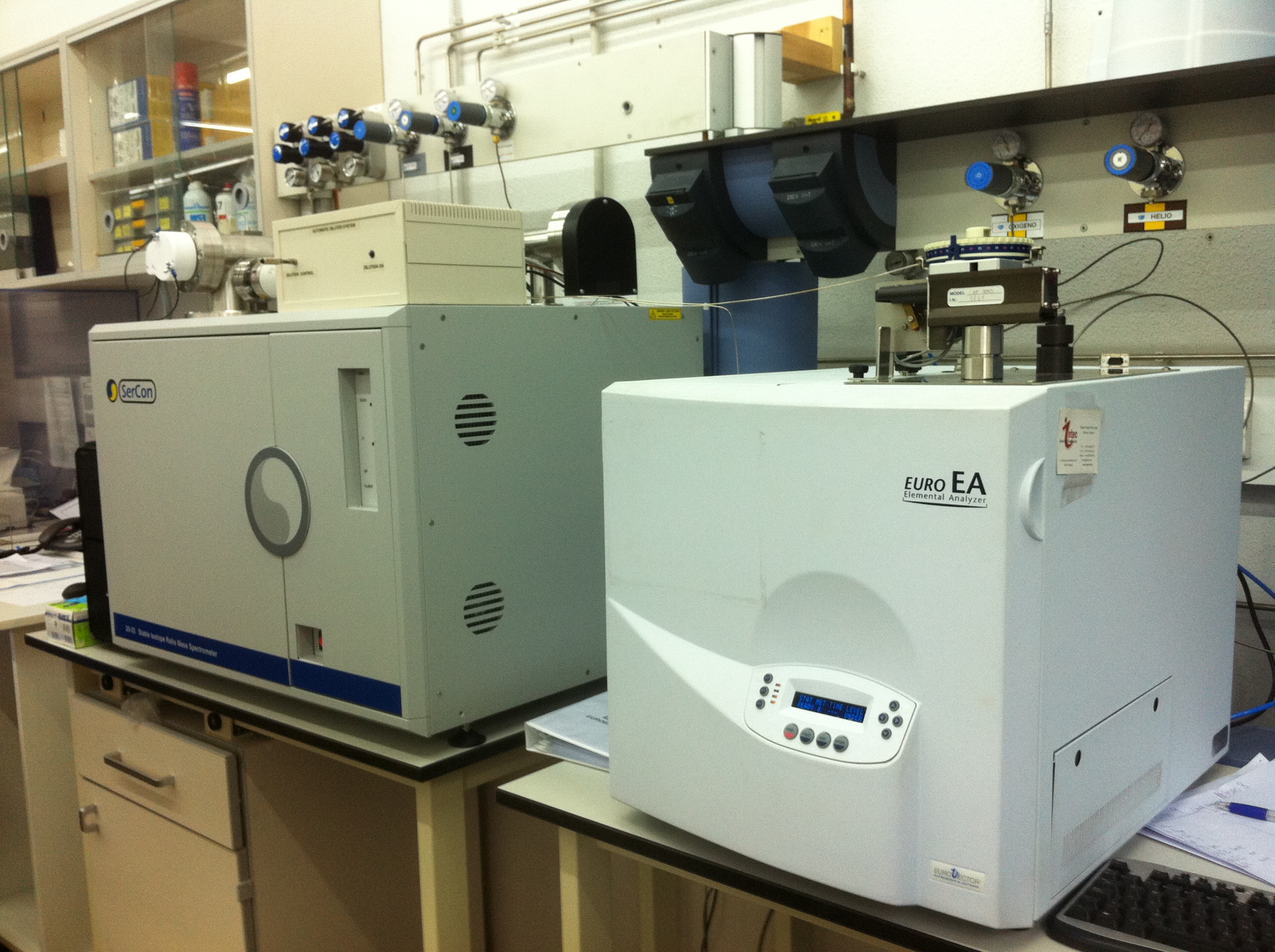 This equipment consists of a MALDI (Matrix Assisted Laser Desorption) source coupled to a tandem mass spectrometer ion trap (LTQ XL) /Orbitrap. It is designed to provide high resolution greater than 50,000 FWHM, mass accuracy about 1-2 ppm , high sensitivity and scan speed and versatility in scanning forms due to scanning modes through MS/MS and MSn. It also has the option of MALDI-Imaging with Thermo Scientific Quest Imagine Sotfware which allows obtaining the spectral image of the whole tissue, allowing to determine the distribution of metabolites (lipids) in each area of the tissue quickly in comparation to standard treatments for sample homogenizing and extracting tissue metabolites.
This equipment is designed for researchers who are operating at the limits of the capabilities of conventional spectrometry, and they need to characterize and define metabolic profile (lipid) of biological tissues for diagnosis and prediction of disease. Fields of application: metabonomics, clinical, structural elucidation of metabolites (lipids). 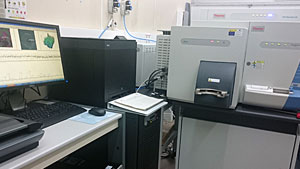 It is an automated sprayer system that allows a uniform matrix deposition required for Imaging MALDI-MS high resolution applications and relative quantification of the analytes of interest. This technology allows an adjustable and precise spray deposition of matrix in the MALDI plate. 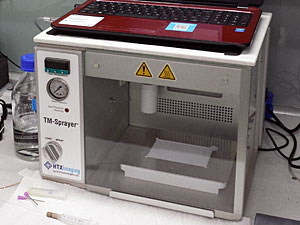 The equipment consists of a gas chromatograph coupled to a mass spectrometer for electron impact (EI) triple quadrupole, suitable for qualitative and quantitative analysis of complex mixtures of samples with semi-volatile organic compounds (<1000 Daltons). The whole system is maintained at high vacuum by a system of external mechanical and diffusion pumps and internal

For sample injection, the team has a system allowing sampler and preparative derivatization processes and sample treatment "in situ".

Typical applications of this system are: 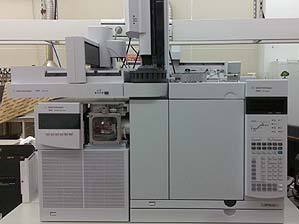 Diffused reflectance in powder for the characterization of materials and the determination of the state of coordination of metals by measuring the GAP jump. UV-vis analysis of solutions. Measurements of absorption spectra of solid samples such as films, filters, glasses, plans, etc. Measurements in biological systems with a small amount of sample. Thermostatization of 6/8 cuvettes and kinetics of biochemical reactions. Advanced kinetic analysis, application to DNA fusion and quantification of protein nucleic acids. Measurements of liquid or solid samples by optical fiber for samples that cannot be introduced in the standard sample compartment. Quantitative analysis, color diagnosis, ultraviolet protection factor, calculation and measurement of sunlight and visible, determination of the reflectance of solar radiation and other analysis on surfaces and glass.

The Cary 5000 spectrophotometer combines PbSmart technology with the exceptional optical design and performance of all Cary UV-Vis-NIR instruments. Due to the fact that we also have a diffuse reflectance accessory, we can make measurements on solid powders in UV-vis-NIR (200-2500 nm). The most common applications are those of characterization of materials (crystals, catalysts), determination of the state of coordination of metals by measuring the GAP jump as well as UV-vis analysis of solutions, reaction kinetics of water-soluble compounds, measurements of anions and cations in water and material characterization measures (plastics, glass, mirrors ...) in UV-vis-NIR.