Laser technology has undergone major development since the emergence of the first device in 1960, based on the stimulated emission of the ruby - constructed by Theodore Maiman. Diverse advances in the field of optics have meant that laser radiation can be obtained in practically any region of the electromagnetic spectrum between soft IR and XRs, in pulses of light of almost any duration (up to the physical limit of a single oscillation of the electrical field, i.e.  a duration of around 2-3 femtoseconds for a wavelength of 800 nm). The special characteristics of these sources of light make them essential tools in fundamental studies in chemistry, physics and biology, and have enabled fascinating applications to be developed in other fields such as material science, electronic engineering, optical communication and even medicine. 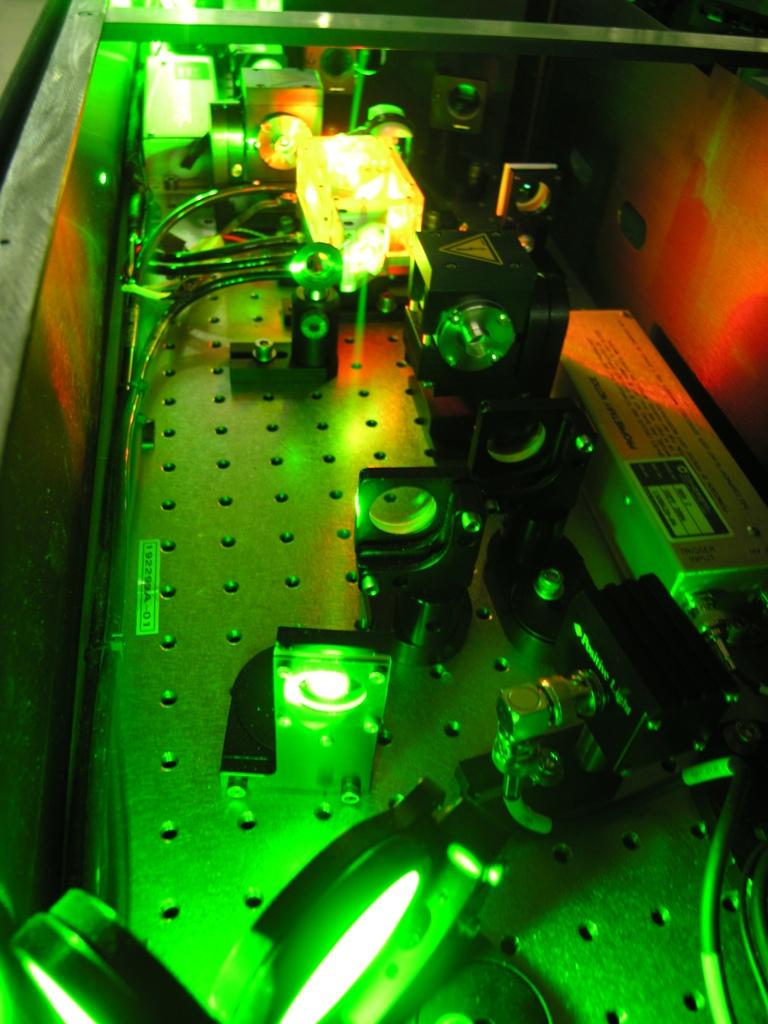 The Laser Facility offers its services to researchers from the UPV/EHU, and also to external researchers. The equipment available at this SGIker unit consists of a complete set of nanosecond lasers  (excimer lasers. Nd:YAG, different colouring systems that can be syntonized in the VIS-UV, etc.), and an ultrashort pulse system. This femtosecond laser consists of an oscillator and a Ti-sapphire regenerative amplifier, whose output is a pulse train of 40 fsec. and 2 mJ (fluencies of around 1014W/cm2 can be reached using moderate focalizations). The femtosecond equipment also includes an OPA  with an output that can be syntonized within the range 240-2100 nm. (extensions to the system are planned in the short term which will enable up to 200 mm to be syntonized). The Laser Facility is also equipped with the instruments required to carry out spectroscopy experiments on supersonic jets, laser ablation of metals, and PLD, etc.

In addition to the equipment available, the Laser Facility also provides a general advisory service about lasers and their applications.